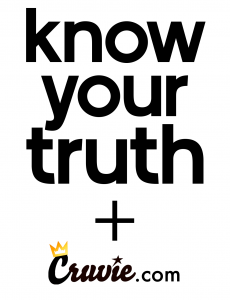 Known for unifying culture and community through individual expression, Cruvie Clothing Co. is expanding its reach into empowerment merchandising through a collaboration between Southern University student-athlete (tennis), Mackenzi Stewart.

Know Your Truth? is empowerment apparel designed to educate and inform the masses about key concepts, events, people, etc. that were conveniently and intentionally left out of our history books. KYT? steps in where the K-12 educational system never picked up, providing basic, fundamental facts and truths about pivotal people, places and ideas in our society. 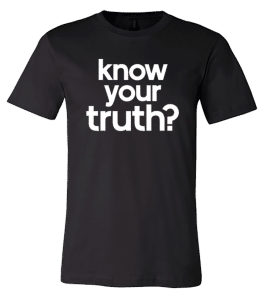 Our flagship signature tee that poses a simple question to the masses. Based on all the lies we’ve been spoon-fed in the K-12 educational system, this question is valid and deserves to be answered with knowledge. 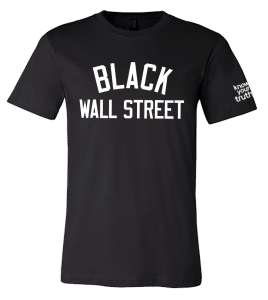 Move on they say…forget about the past and live in the present. Well…ummm, we’ve tried that several times, and the destruction of Black Wall Street proves that no matter what we do, until we condemn White Supremacy in this country, Black folks won’t be able to live peacefully. To learn about one of our nation’s worst acts of domestic terrorism, click the learn more link: 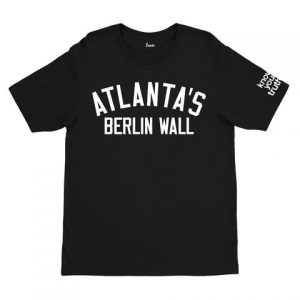 With all this talk from White American leaders about building walls, it’s important to note that 45 wasn’t the first. In the heart of the City Too Busy Atlanta, Mayor Ivan Allen, Jr. ordered barricades to be built across two Atlanta streets to discourage Black citizens from purchasing homes in an adjacent all White neighborhood. The wall was intended to separate White and Black sections of Peyton and Harlan Roads in Atlanta. This was in December 1962 by the way. Just for context, my Grandmother on my Mom’s side was two years old and she’s still alive today; so much for racism only existing during slavery (deep eye roll). There’s a lot to be learned here, so check out the following link for a very well written and informative article by Paul Crater of Atlanta Magazine: 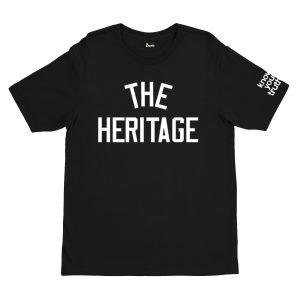 The Heritage is the story of the rise, fall, and fervent return of the athlete-activist. As athletes, we have a tremendous platform where some of us have been blessed to reach millions, to impact the world. For Black athletes, with that blessing comes a responsibility to speak on and speak out against social injustices. And for those of us with the bank accounts to do it, we have a responsibility to put dollars behind the movement. Not everyone, however, is equipped to be the voice and face of the movement. The Heritage by Howard Bryant is a must read book for student-athletes who want to learn more about athlete-activism; how to do it right and how to do it wrong. This Know Your Truth original is a salute to those Black athletes who made sacrifices for The Movement. Sacrifices that cost some such as Paul Robeson, John Carlos, Tommie Smith and Muhammad Ali more than any of us could ever know. Click the learn more link to learn more about Howard Bryant and his work. 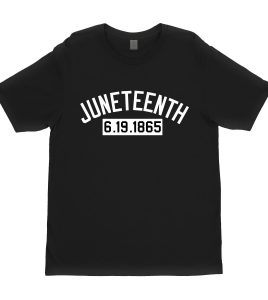 June 19, 1865 is the true Black American Independence Day. On July 4, 1776 when White folks was running and rejoicing through the streets about the independence they had won from Great Britain by way of the Revolutionary War (with the help of Black enslaved Americans no less), Black folks were still enslaved and had nothing to rejoice about. 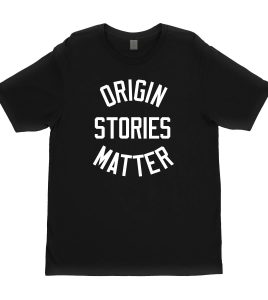 When speaking about the plight of Black people in America, folks rarely start at the beginning. From housing, to economics, to eduction, to policing, there are reasons behind how these systems have been corrupted by racism. These reasons can be summed up in two words – people and policy. The next time you’re in a debate or discussion about race, start from the origin of whatever topic you’re discussing. As an aspiring education reformist, click the learn more link for insight on one of my favorite origin stories. 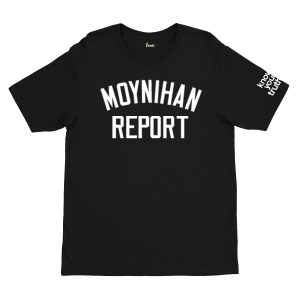 What if I told you that you could trace most of what you think ails the Black community back to a body of work that was written by a White U.S. Senator? The Negro Family: The Case For National Action, best known as the Moynihan Report, was written by Daniel Patrick Moynihan, who at the time that he penned this foolishness, was the Assistant Secretary of Labor under President Lyndon B. Johnson. So I obviously tipped my hand regarding how I feel about it, so here’s why. Much like the Brown v. Board of Education decision, The Moynihan report does an inept job of addressing the root cause of the issues that Black families in America were facing at that time – and sadly still are. Moynihan’s evasion of the truth put the blame of the plight of Black people squarely on the shoulders of Black people – alone. Like we had no help in being the tail and not the head. Whew chile! It’s really just too much. Here’s a link to an Atlantic article that does a really good job of breaking down The Moynihan Report: 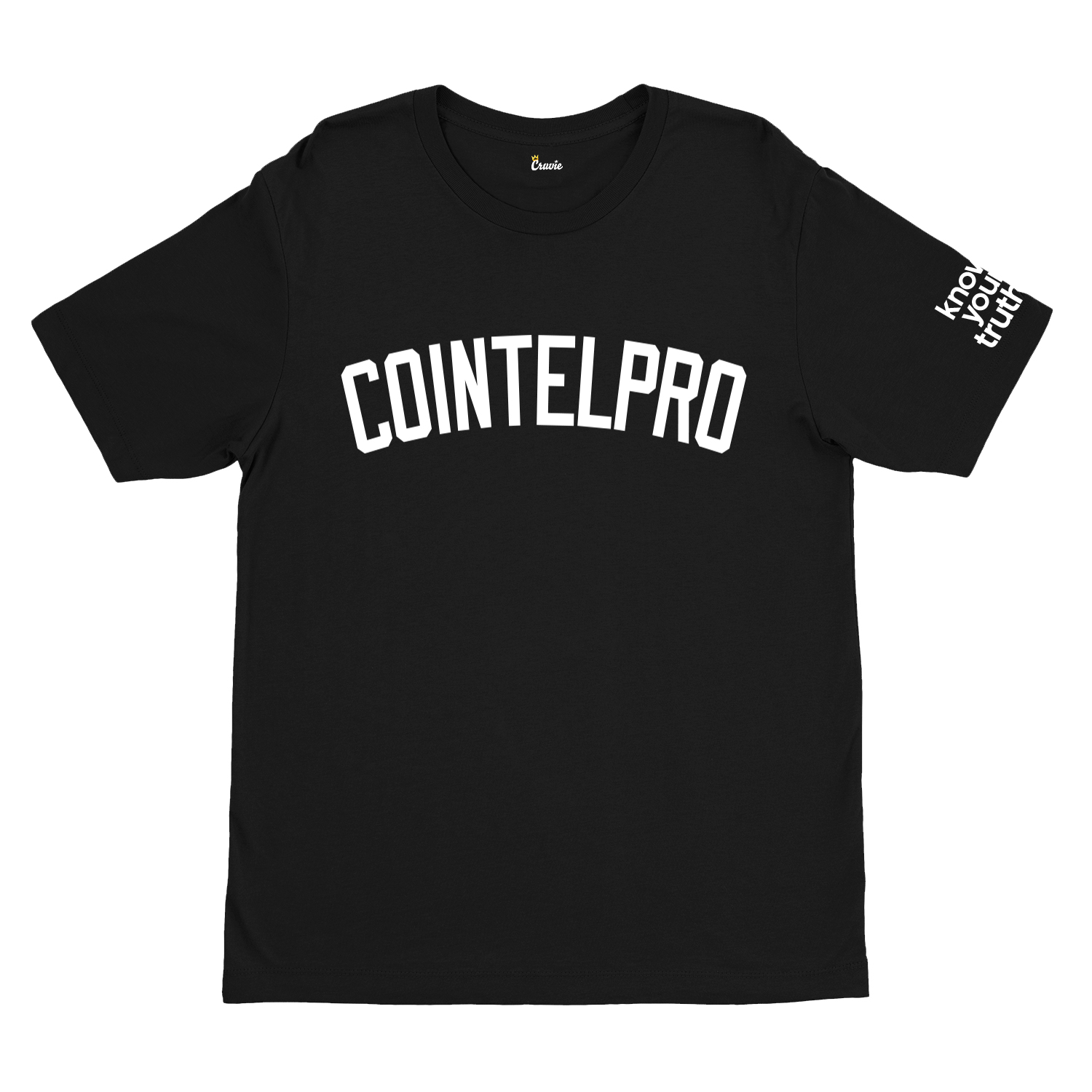 Understanding the Black American experience means understanding that our heroes don’t live to enjoy old age and the fruits of their activism labor. It’s not by accident of course. It’s all by design. COINTELPRO was a government-sponsored surveillance program that was created by J. Edgar Hoover to defame, discredit, intimidate and kill any leaders who presented themselves as Black American activists and leaders of Black Liberation. You know it’s always Black History Month for KYT, but we’re dropping this bit of truth in honor of the upcoming release of Judas And The Black Messiah. I implore you to do your research so you can educate yourself and others on this important – intentionally left out – piece of American history. Buy the shirt. Join the movement. Spark conversation. 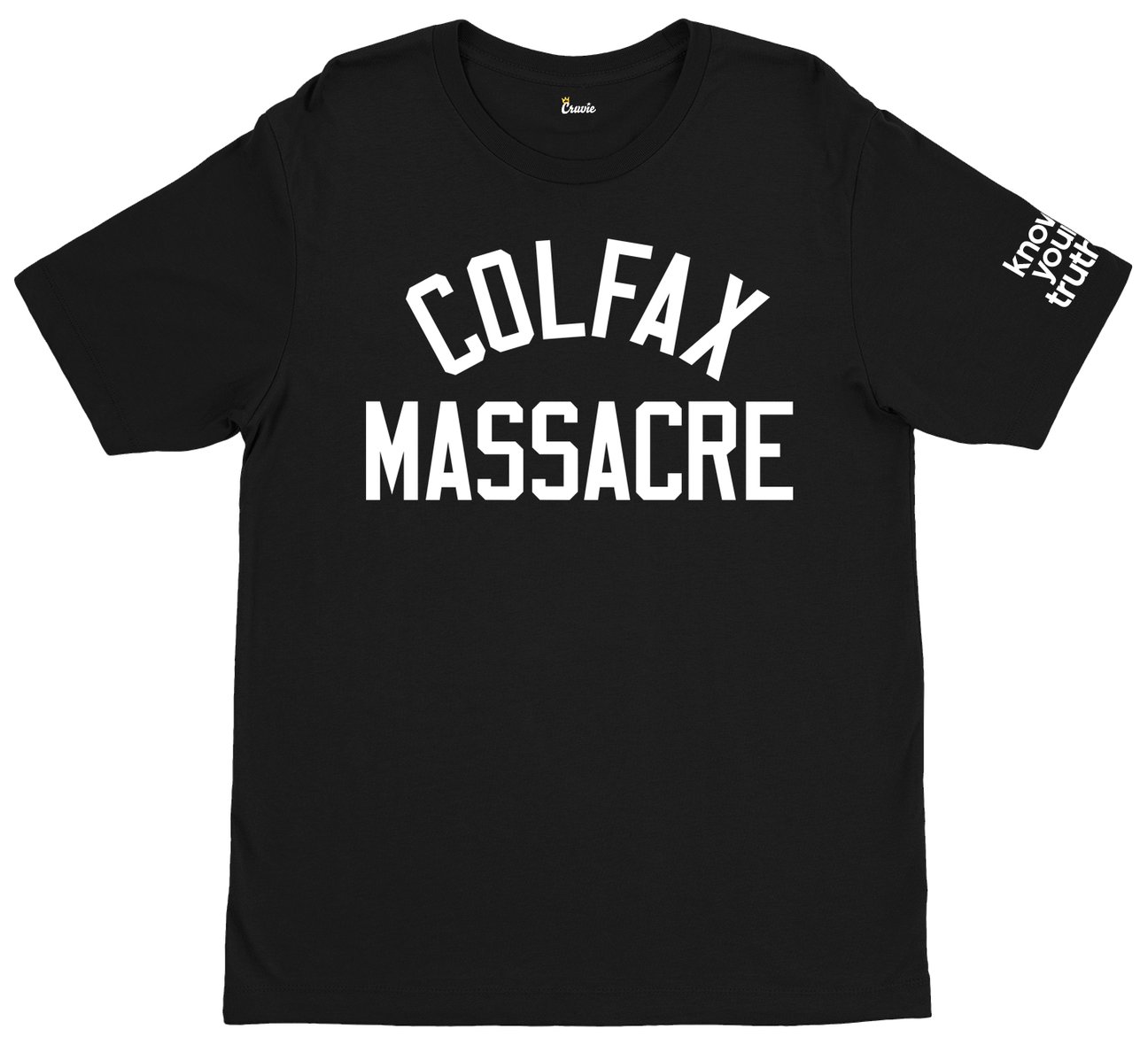 Folks act like they don’t understand Black folks’ suspicion with and apprehension of our political system. The Colfax Massacre is yet another gruesome example of just how dangerous engaging in politics has been and continues to be for African Americans. I learned about this event through the AMEND: The Fight For America documentary that’s hosted by Will Smith. It is a literal, sequenced walk through history using the 14th Amendment as the lens. Look at it as the history lesson the Daughters of the Confederacy never wanted you to have. Check out the link below for more info on the Colfax Massacre so you can learn more about the truth and share it with others: 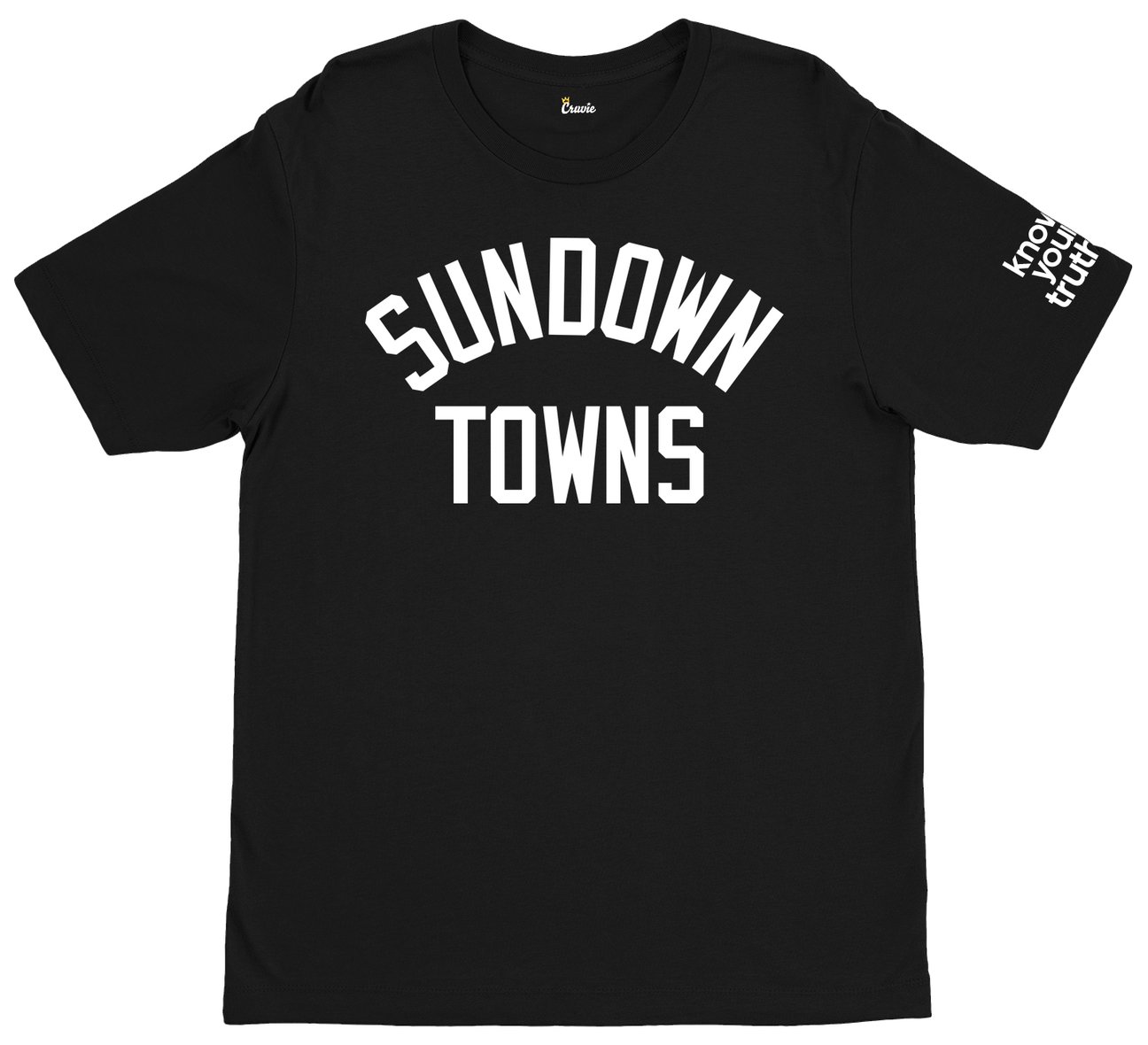 LAWD HAVE MERCY!!! I can hear my Momma shouting this African-American cultural phrase that pleads with the Creator to lift the heavy hand of whatever burden is weighing one down- in this case, the burden is man made and it’s called white supremacy. This oppressive tool of white supremacy, Sundown Towns, deals with one of the most prominent features of the evil ideology- lack of mobility. According to www.blackpast.org, Sundown Towns are all-white communities, neighborhoods, or counties that exclude Blacks and other minorities through the use of discriminatory laws, harassment, and threats or use of violence. Check out the following link for more info on Sundown Towns so you can learn more truth and share it with others: 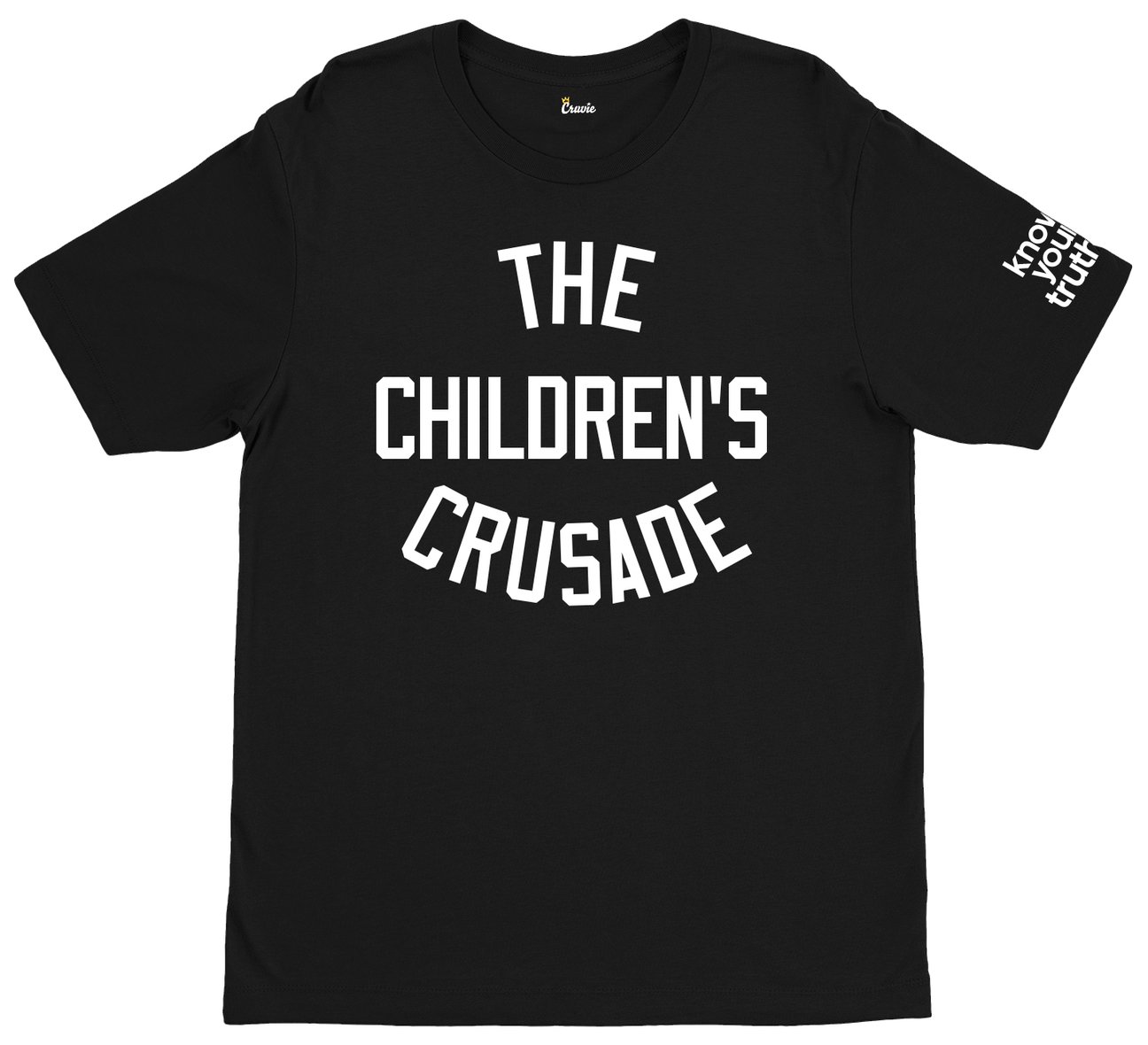 A lot of people will tell you that the March On Washington was a catalyst for change in the Civil Rights Movement. I will stand flat footed and tell anybody that the March On Washington was made possible almost entirely by the sacrifice of the African-American children who willingly participated in the Children’s Crusade in May of 1963. This tide turning event made all Americans finally pay real attention to the non-violent, Civil Rights Movement being led by Dr. King and other prominent leaders in the Black community. It was a tough decision for Dr. King and the leaders to make, but they had to do something to turn the consciousness of “White moderates” as he called them- White people who know racism was wrong, but will still tell Black people to wait until White people say it’s time to be free. Turns out all it took was unleashing water hoses and attack dogs on our babies to change a few minds. We always have to give blood sacrifices in order for the idea of first class citizenship to be a real idea for us. Woooosahhhh! For more on this pivotal, youth led event, check out this video: https://youtu.be/WV0k-3Hkjsw. And don’t forget to buy the shirt, join the movement and share truth. 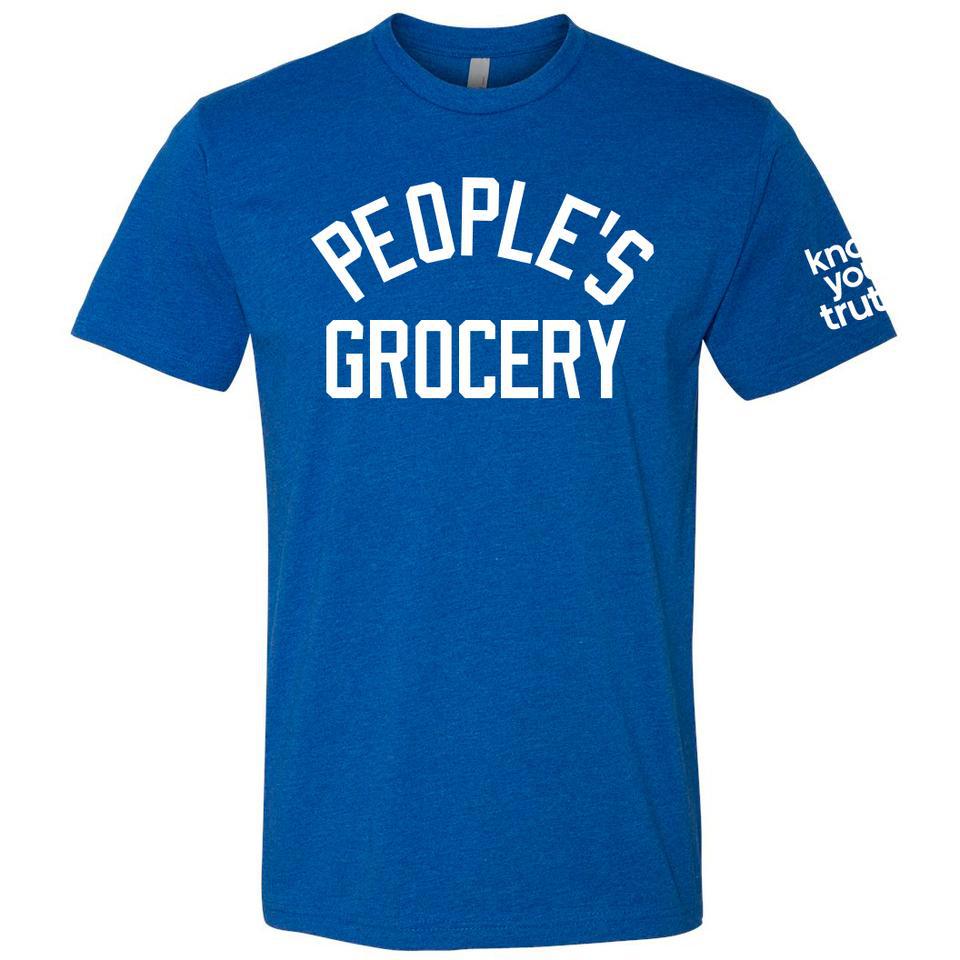 Have you ever experienced something that completely changed your outlook on life? Have you ever witnessed something that shook you to your core so forcefully that you had no choice but to act? Well, our ancestor, Ida B. Wells would answer “yes” to both questions. Click the following link to learn more about one of the most pivotal moments of her life and career– the brutal and unjust lynching of her dear friends, Thomas Moss, William Stewart, and Calvin McDowell, owners of the People’s Grocery in Memphis, Tennessee. Check out the following link for more info on The people’s grocery so you can learn more truth and share it with others: 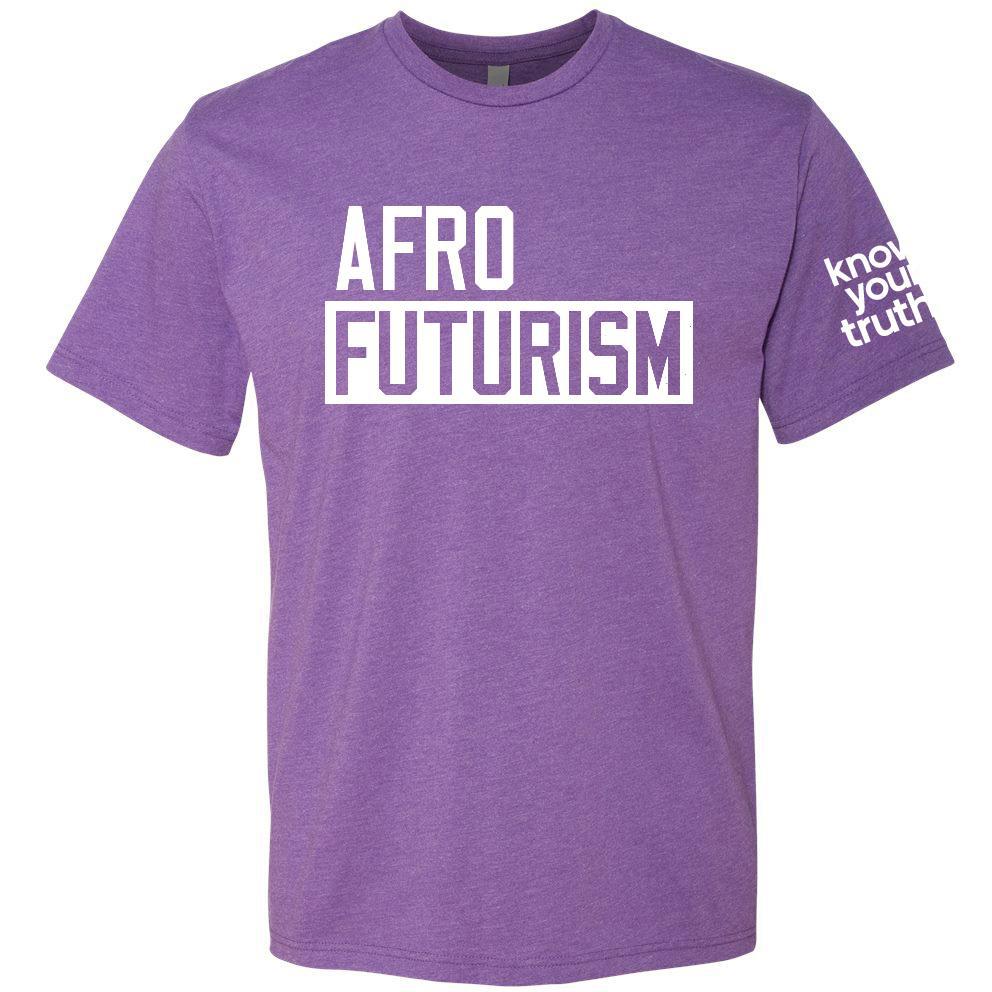 When you think of AfroFuturism, what do you think of? Black Panther? Lovecraft Country? Do you think of magic-wielding, techno-savvy Black folks navigating mystical realms or traveling through time and space? I mean…all that sounds cool, but you know what seemed pretty magical and futuristic to our ancestors? The possibility that one day they could experience genuine freedom, independence, and autonomy. Click the link to learn more about AfroFuturism and its meaning in the Black community: 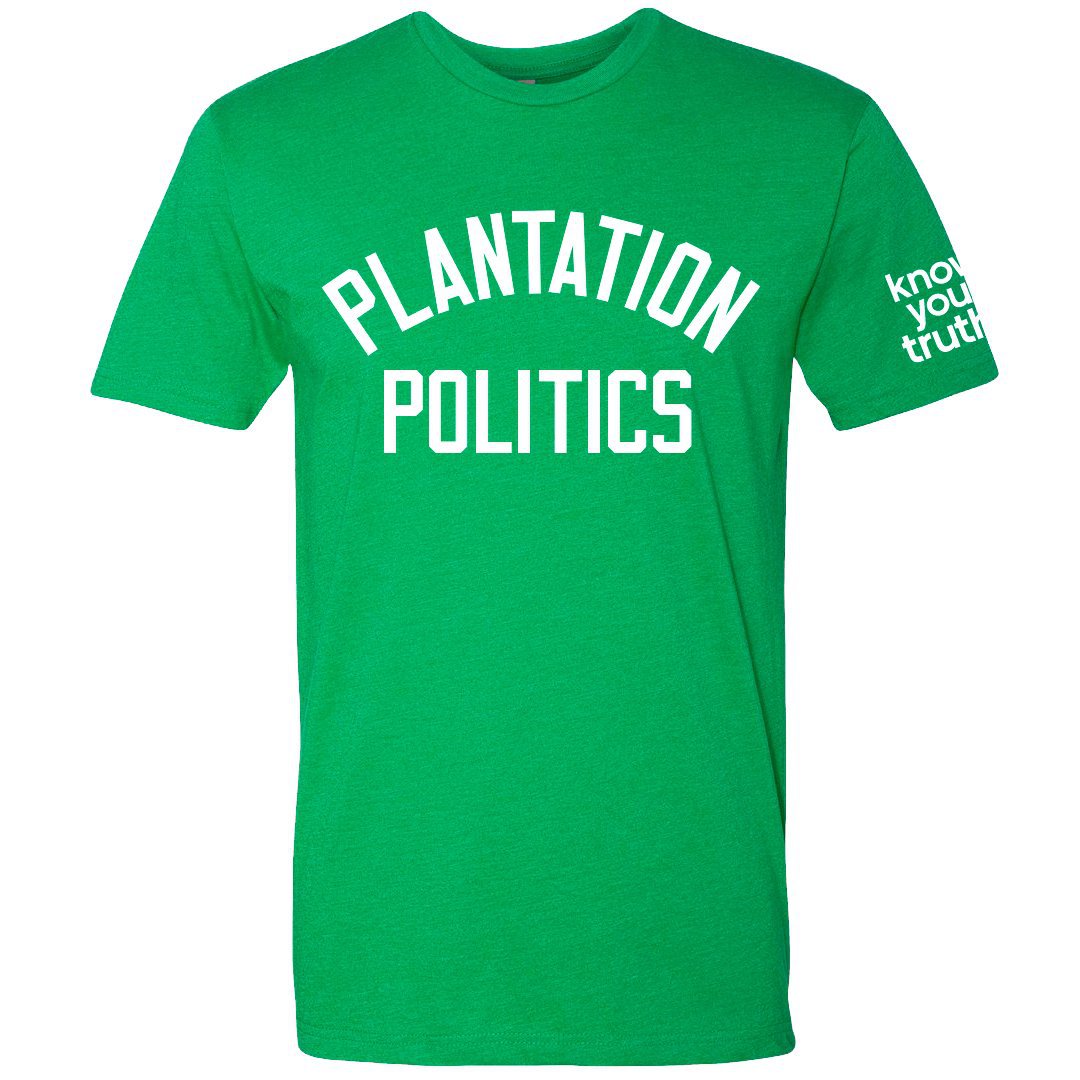 Recall what you know about the nature of interactions between enslavers and enslaved people or solely amongst enslaved people during American slavery. Now, think about Reconstruction. The Civil Rights Movement. Today. Has much changed? I mean, really think about it. Has plantation life and all the politics, trauma, and suffering that came with it really ended, or has it simply evolved? While some will try to relegate this term solely to politics, I propose that the magnitude of the psychological warfare that our ancestors and elders endured just to get through their everyday lives has shaped the way we’ve socialized, aka raised, our generations. Why do Black children have to show how good they can be by demonstrating obedience versus White children who get to frolic and play? Why is colorism such a stumbling block within the Black race? These and many other topics and norms can be traced back to the plantation and the politics of it all. 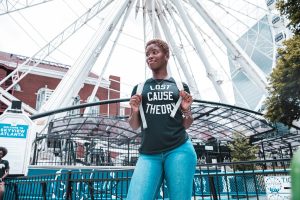 Fueled by her parents’ passion for racial and social justice, Mackenzi has been on the front lines of social impact since the age of six when her parents launched the family’s non-profit organization, L.E.A.D., Inc. (Launch. Expose. Advise. Direct.). LEAD is a sport for social good organization that empowers at-risk and proven-risk Black boys to overcome crime, poverty and racism. Through volunteering, designing and organizing programming, community affairs work and various administrative duties that include donor management and event planning/execution, Mackenzi developed her own conviction and discovered her calling in the social justice landscape: promoting and designing culturally responsive educational ecosystems. Know Your Truth? Empowerment Apparel is an idea that came from her own quest for more knowledge about Africans and The African Diaspora.